Converse shoes are popular, usually among teenagers and young adults. Why are they so popular? Where did the idea come from?

The Converse Rubber Corporation opened for business in 1908. The company was created to produce shoes for workers, and mainly created galoshes and other work-related rubber shoes. After a few years in business, this corporation wanted to create shoes that could be used year-round, which in turn also gave their employees work year-round. The first shoe for basketball was produced in 1917, and it became so popular that the company began making many more for the public. While the shoes were first made in brown, black became more popular and was produced at a higher rate.

Chuck Taylor played basketball for the Akron Firestones, and he liked the shoes. He promoted the shoe to basketball players, and his mark was left on the shoes in the form of an ankle patch, creating the All Star Converse. The first white model of these high tops was produced for the 1936 Olympics. Its blue and red trim made it a patriotic model. The shoes continued to rise in popularity until the 1980s, when sales went down. In 2001, the company had to file for bankruptcy. However, due to its fashionable style, the shoe began making sales again, shooting through the roof in its popularity in recent years. Now, it is a common sight to once again see these Converse on people’s feet. Why have Converse become so popular again? 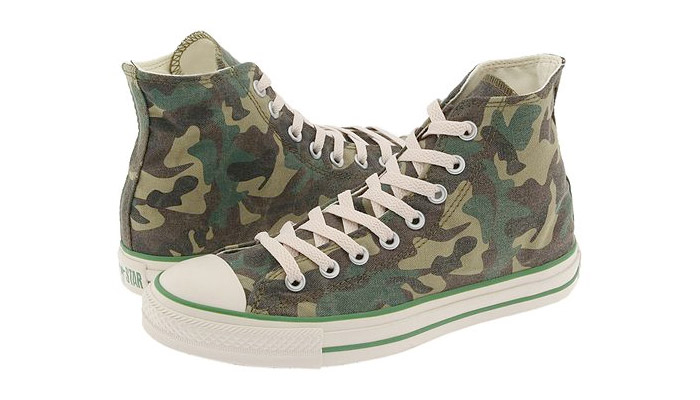 Converse are easy to style. They can go with just about anything, making them a multi-purpose shoe. People enjoy combining pieces of clothing with the popular athletic styles. This is happening often with the high top, which was primarily seen as a sports shoe. Girls can sometimes even pull off wearing them with a dress.

Additionally, the high top falls into the category of “old things made new again”. Many people enjoy bringing back styles from the past, and the high top definitely falls into that category. It shows how something that was popular long ago can make a comeback and be just as popular or more in this time period. 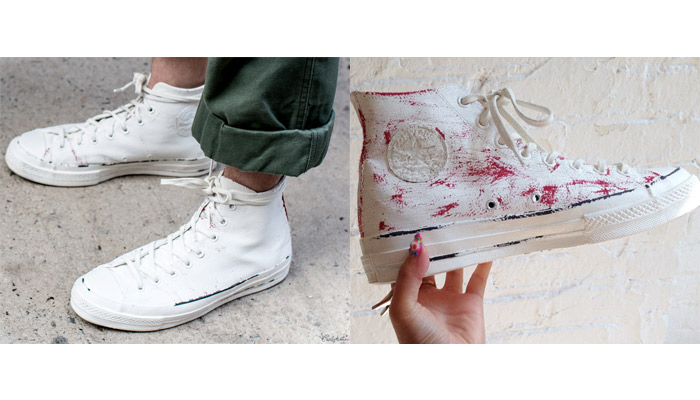 Many people enjoy following celebrity trends. When celebrities do something or want something, people like to do or want the same, and this is what is happening with the high top. Many celebrities are grabbing onto the high top trend. This does not just refer to high-profile celebrities, but also people who have small social media followings of up to a million. These can be designers or bloggers, but anyone who has a following can start a trend and can make people want to be like them. This is something that has happened that has helped the high top trend spread so expansively.

Last of all, the high top comes in a variety of colours with a few design choices as well. You can own multiple pairs to go with different outfits, or just a few that especially match your taste. The shoes have become extremely popular in the last few years, and with good reason.