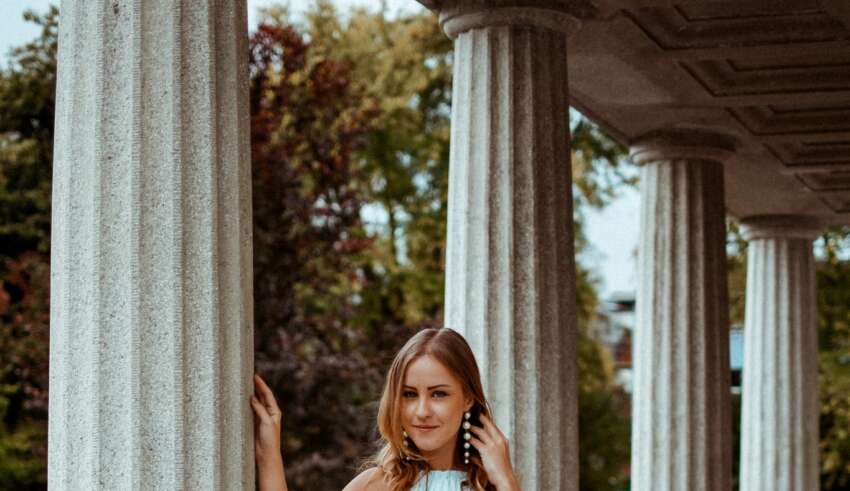 The overall form that a dress generates as it drapes on your body is referred to as the dress silhouette. Different shapes are designed to accentuate or flatter certain body types; one style, for example, is designed to thin and lengthen your form and is very popular in weddings. An empire waist dresses is a type of dress with a high waistline.

A dress with an empire waist is one with a fitted bodice that drapes out beneath the bustline rather than at the natural waistline. The cinch at the bustline creates a high, thin waist and a longer line of billowy fabric from bust to hem than if you cinch the dress at your (lower) natural waist; the result is slimming and lengthening. Because of the empire waist

Because empire waist dresses extend the wearer’s figure, they’re ideal for petite or plus-size ladies who wish to draw attention away from their waist or hip and instead focus on their bust. Dresses with an empire waist are quite adaptable. The necklines of the style can vary from V-neck to turtleneck to maxi dress; the sleeves can be long, short, or sleeveless; and the hem length can be above the knee (commonly referred to as a babydoll or minidress) to ground. The empire waist silhouette is popular in both day and evening dresses.

What Is the Empire Waist’s History?

During the Neoclassical era, when Greek and Roman culture became prominent in the public eye, the empire waist shape rose to prominence in late eighteenth-century Europe. Women began to imitate the flowing gowns seen prominently in Greco-Roman art, which featured thin ribbons cinched just below the breast line of long, drapery gowns. Napoleon Bonaparte established French authority over most of Europe shortly after the costumes were fashionable. Josephine de Beauharnais, his first empress, promoted the form, which became known as an “empire-style waist.” Ruffles, sequins, floral prints, pleated or ruched elements, chiffon, and shawls and cover-ups grew popular as the dresses got more popular.

Empire Waist Dresses are available in a variety of styles.

An Empire Line Dress is best suited for what body type?

Because the elevated waistline leads the attention upward, empire line dresses are especially attractive for pear-shaped ladies (bigger on the lower half than the top half).

They’re also ideal for shorter ladies, as the high waistline gives the impression of more height.

Empire line dresses are a popular choice for women who are pregnant or attempting to lose weight since they are highly forgiving and may cover a lot in the lower half. The empire silhouette is popular for ball gowns, party dresses, leisure dresses, dresses and skirts, wedding gowns, attendant dresses, and everything in between they’re especially popular for pregnancy dresses because there’s no cinching around the natural waist. Dresses with empire lines are a flexible design that may be dressed up or down and adaptable to hot or cold conditions. A short empire line dress or tunic may also be worn with slacks or leggings! Any sort of empire-waist dress can benefit with a belt. Many dresses come with a belt or waistline, which you may play with by switching out for a new design.

What Are Lab Grown Diamonds?

While in school, you may have learned that carbon, extreme pressures, and high temperature…